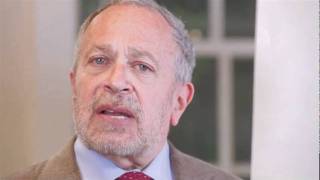 Trump reversed his decision to host next June’s G-7 meeting of heads of state at Trump National Doral Miami because, he said, it would have been an impeachable offense and a violation of the Constitution’s Emoluments Clause.

No, that’s not the reason he gave. He said he reversed himself because of “Media and Democrat Crazed and Irrational hostility.”

In reality, Trump has been funneling government dollars into his own pockets ever since he was elected. The Doral deal was just too much even for his Republican enablers to stomach.

Since he’s been president, Trump has spent almost a third of his time at one or another of his resorts or commercial properties, costing taxpayers a bundle but giving those resorts incomparable publicity.

One of his golf resorts, Turnberry in Scotland, has gotten business from U.S. Air Force crews overnighting while their planes were refueled. In September, Vice President Pence stayed there for two nights at a cost to American taxpayers of nearly $600,000 in ground transportation fees alone.

Foreign governments seeking to curry his favor routinely check their officials and lobbyists into the Trump International Hotel in Washington, D.C.

Mar-a-Lago, Trump’s oceanfront resort in Palm Beach, charges its foreign government visitors up to five hundred and fifty dollars a night for their rooms, according to ProPublica.

How does he get away with this?

Presidents of the United States are exempt from the federal conflict-of-interest statutes — a glaring omission that was never a problem before Trump exploited this loophole. To make matters worse, Trump has refused to put his assets into a blind trust, so he knows exactly how much he gains from these transactions.

Theoretically, the public is protected from Trump’s moneymaking by the Constitution, which strictly limits the “emoluments” that is, a payment of money or anything else of value a president can receive.

Article II, Section 1 says a president receives a salary while in office but “shall not receive within that Period any other Emolument from the United States.” Trump violates this clause every time taxpayer money finds its way into his pockets.

And then there’s Article I, Section 9, which states that no federal officeholder can receive any “Emolument” from any foreign state. Trump violates this clause whenever he makes money from a foreign government.

History shows that the reason the Framers of the Constitution included these provisions wasn’t just to prevent a president from being bribed. It was also to prevent the appearance of bribes, and thereby maintain public trust in the presidency.

The appearance if not reality of bribery continues to haunt Trump. For example, when he decided to withdraw U.S. troops from the Turkish-Syrian border a move that has led to the slaughter of Kurds, and opened the way for a resurgence of ISIS it was far from clear whether he had in mind the interest of the United States or his own business interests. Trump Towers in Istanbul Turkey is his largest European property.

Trump’s Theft Is Impeachable on Its Own