Biden to U.N.: ‘A nuclear war cannot be won and must never be fought’

Near the end of his address to the U.N. General Assembly on Wednesday, President Biden urged all nations to recommit to strengthening a “nuclear nonproliferation regime through diplomacy.”

Biden noted the five permanent members of the U.N. Security Council — China, France, Russia, the United Kingdom and the United States — had just reaffirmed that commitment in January. Nevertheless, there were disturbing trends, he said, including Russian President Vladimir Putin’s latest veiled threats to use nuclear weapons as Russia continues its invasion of Ukraine.

Biden criticized such threats as irresponsible.

“No matter what else is happening in the world, the United States is ready to pursue critical arms control measures,” Biden said. “A nuclear war cannot be won and must never be fought.” 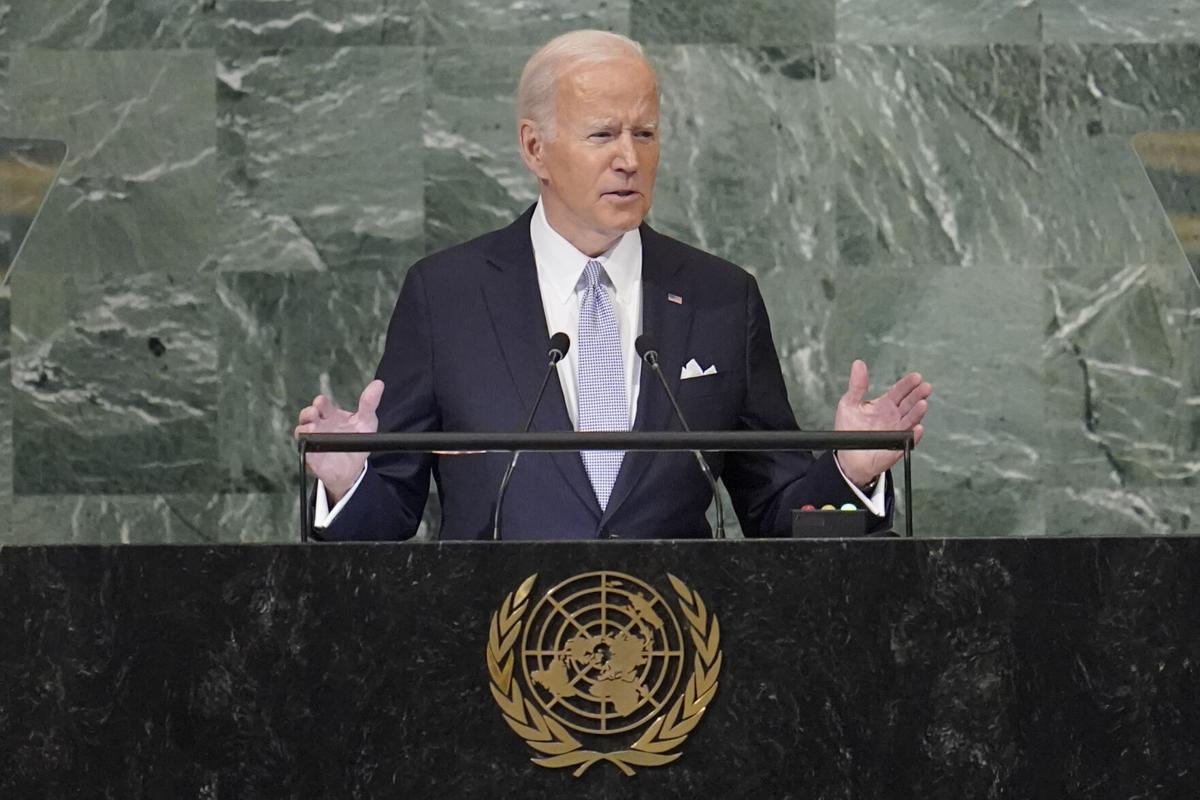