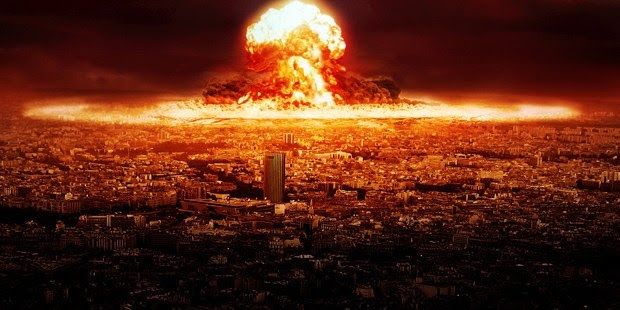 By World BEYOND War, October 27, 2020
https://worldbeyondwar.org/peter-kuznick-on-the-significance-of-the-treaty-on-the-prohibition-of-nuclear-weapons/

Peter Kuznick answered the following questions from Mohamed Elmaazi of Sputnik Radio and agreed to let World BEYOND War publish the text.

1) What’s the significance of Honduras being the latest country to join the UN’s Treaty on the Prohibition of Nuclear Weapons?

What a remarkable and ironic development, especially after the U.S. had been pressuring the previous 49 signers to withdraw their approvals. It is so fitting that Honduras, the original “banana republic,” pushed it over the edge–a delicious fuck you to a century of U.S. exploitation and bullying.

2) Is it possibly a bit of a distraction to focus on countries that have no nuclear capability?

Not really. This treaty represents the moral voice of humanity. It may not have a universal enforcement mechanism, but it clearly states that the people of this planet abhor the power-hungry, annihilation-threatening madness of the nine nuclear powers. The symbolic significance can not be overstated.

3) There already is a Treaty on Nuclear Non-Proliferation which came into force in 1970 and which has been nearly every country on the planet is a party to. Is the NPT being lived up to?

The NPT has been lived up to to a surprising extent by the non-nuclear powers. It is amazing that more countries have not gone the nuclear path. The world is fortunate that more haven’t made that leap at a time when, according to El Baradei, at least 40 countries have the technological capability of doing so. The ones who are guilty of violating it are the five original signatories–the U.S., Russia, China, Britain, and France. They have completely ignored Article 6, which requires the nations possessing nuclear arsenals to reduce and eliminate those arsenals. The total number of nuclear weapons may have been cut from an absolutely insane 70,000 to a slightly less insane 13,500, but that is still enough to end life on the planet many times over.

4) If it isn’t, what good will yet another treaty, such as the one Honduras just joined, be in such an environment?

The NPT didn’t make possession, development, transportation, and threat to use nuclear weapons illegal. The new treaty does and explicitly so. This is a major symbolic leap. While it won’t put the leaders of the nuclear weapons states on trial by the International Criminal Court, it will put pressure on them to heed global sentiment as has been the case with chemical weapons, land mines, and other treaties. If the U.S. wasn’t concerned about the effect of this pressure, why did it make such an effort to block the treaty’s ratification? As Eisenhower and Dulles both stated during the 1950s, it was the global nuclear taboo that stopped them from using nuclear weapons on several occasions. Global moral pressure can constrain bad actors and sometimes even force them to become good actors.

In 2002 the US administration of George W Bush Jr withdrew from the ABM treaty. The Trump Administration withdrew from the INF Treaty in 2019 and there are questions as to whether the New START treaty will be renewed before it expires in 2021. Both the ABM and the INF treaties were signed between the US and Soviet Union to reduce the risk of nuclear war.

5) Explain the consequences of the US withdrawal from key nuclear controls treaties such as the ABM and the INF treaty.

The consequences of U.S. withdrawal from the ABM Treaty were enormous. On the one hand, it allowed the U.S. to continue with implementation of its still unproven and costly missile defense systems. On the other, it induced the Russians to begin research and development of their own countermeasures. As a result of those efforts, on March 1, 2018, in his State of the Nation address, Vladimir Putin announced that the Russians had now developed five new nuclear weapons, all of which can circumvent U.S. missile defense systems. Hence, abrogation of the ABM Treaty gave the U.S. a false sense of security and by putting Russia in a vulnerable position, it sparked Russian innovation that has put the U.S. in a weakened position. Overall, this has only made the world more dangerous. Abrogation of the INF Treaty has similarly resulted in introduction of more dangerous missiles that can potentially destabilize relations. This is what happens when shortsighted, advantage-seeking hawks make policy and not responsible statesmen.

6) Why do you think the US has been moving away from these nuclear arms control treaties that it originally signed with the Soviet Union? Have they not been serving their purpose?

The Trump administration policymakers do not want to see the U.S. constrained by international treaties. They believe the U.S. can and will win an arms race. Trump has said so repeatedly. In 2016, he declared, “Let it be an arms race. We will outmatch them at every pass and outlast them all.” This past May, Trump’s chief arms control negotiator, Marshall Billingslea, similarly stated, “We can spend Russia and China into oblivion in order to win a new nuclear arms race.” They are both insane and should be taken away by the men in white coats. In 1986, during the previous arms race before Gorbachev, with a little late help from Reagan, injected some sanity into the world, the nuclear powers had accumulated approximately 70,000 nuclear weapons, equivalent to some 1.5 million Hiroshima bombs. Do we really want to get back to that? Sting sang a powerful song in the 1980s with the lyrics, “I hope the Russians love their children too.” We were lucky that they did. I don’t think Trump is capable of loving anyone other than himself and he has a straight line to the nuclear button with no one standing in his way.

7) What is New START Treaty and how does it fit into all of this?

The New START Treaty limits the number of deployed strategic nuclear weapons to 1,550 and also limits the number of launch vehicles. Because of technicalities, the number of weapons is actually higher. It is all that is left of the nuclear arms control architecture that has taken decades to erect. It is all that stands in the way of nuclear anarchy and the new arms race I was just talking about. It is set to expire on February 5. From Trump’s first day in office, Putin has been trying to get Trump to extend it unconditionally for five years as the treaty allows. Trump disparaged the treaty and established impossible conditions for its renewal. Now, desperate for a foreign policy victory on the eve of the election, he has tried to negotiate its extension. But Putin refuses to accept the terms that Trump and Billingslea are proposing, making one wonder just how firmly Putin really is in Trump’s corner.

8) Where would you like to see policy makers go from here, in particular among major nuclear powers?

First, they need to extend the New START Treaty for five years, as Biden has promised he will do. Second, they need to reinstitute the JCPOA (Iran nuclear deal) and the INF Treaty. Third, they need to take all weapons off hair-trigger alert. Fourth, they need to get rid of all ICBMs, which are the most vulnerable part of the arsenal and require immediate launch if an incoming missile is detected as has happened numerous times only to be found to be false alarms. Fifth, they need to change command and control to insure that other responsible leaders have to sign off besides just the president before nuclear weapons are ever used. Sixth, they need to reduce arsenals below the threshold for nuclear winter. Seventh, they need to join the TPNW and abolish nuclear weapons entirely. Eighth, they need to take the money they’ve been wasting on weapons of annihilation and invest them in areas that will uplift humanity and improve people’s lives. I can give them lots of suggestions of where to begin if they want to listen.

Peter Kuznick is Professor of History at American University, and author of Beyond the Laboratory: Scientists As Political Activists in 1930s America, co-author with Akira Kimura of  Rethinking the Atomic Bombings of Hiroshima and Nagasaki: Japanese and American Perspectives, co-author with Yuki Tanaka of Nuclear Power and Hiroshima: The Truth Behind the Peaceful Use of Nuclear Power, and co-editor with James Gilbert of Rethinking Cold War Culture. In 1995, he founded American University’s Nuclear Studies Institute, which he directs. In 2003, Kuznick organized a group of scholars, writers, artists, clergy, and activists to protest the Smithsonian’s celebratory display of the Enola Gay. He and filmmaker Oliver Stone co-authored the 12 part Showtime documentary film series and book both titled The Untold History of the United States.

David Swanson is an author, activist, journalist, and radio host. He is executive director of WorldBeyondWar.org and campaign coordinator for RootsAction.org. Swanson’s books include War Is A Lie. He blogs at DavidSwanson.org and WarIsACrime.org. He hosts Talk Nation Radio. He is a Nobel Peace Prize nominee, and was awarded the 2018 Peace Prize by the U.S. Peace Memorial Foundation. Longer bio and photos and videos here. Follow him on Twitter: @davidcnswanson and FaceBook, and sign up for:
Activist alerts.
Articles.
David Swanson news.
World Beyond War news.
Charlottesville news.