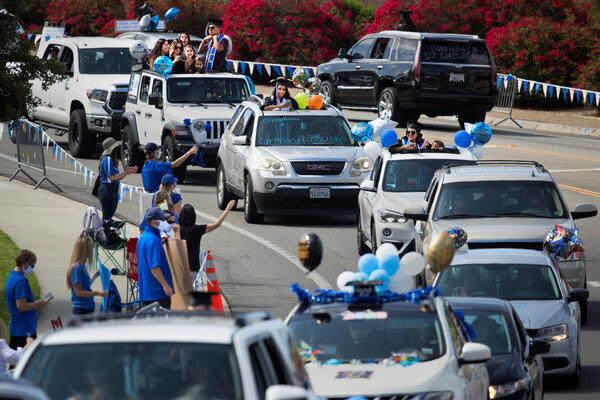 The first is that by making all public colleges free to attend, the policy will eliminate a major cost for many struggling Americans. The second is that more students from lower-income families will graduate from college.

But that second promise is untested. Some experts believe that cost is the central reason so many students fail to complete college. Others think that the weak quality of many colleges and lack of student preparation are bigger factors. If the second group is right, free college will end up being an expensive disappointment, not so different from a complicated tax cut that flows only to families with college-age children.

This week, a team of research economists — Joshua Angrist and David Autor of M.I.T. and Amanda Pallais of Harvard — released a study that offers some of the best early evidence on the issue.

It’s an important topic because college degrees are so valuable. A degree is obviously not a guarantee of success, but graduates earn much more, live longer and are more likely to be happy with their lives than nongraduates. “The returns to college are so large,” Autor told me. Affluent parents, well aware of the benefits, typically insist their children finish college. Many middle-class and poor children never finish.

Several years ago, the three economists and the Susan Thompson Buffett Foundation created a randomized clinical trial, like those to evaluate new drugs or vaccines. Some high school students received a generous scholarship — often covering the full cost of college — from the foundation, while others did not. The researchers then tracked the two groups.

The results are fascinatingly nuanced. The scholarship did appear to lift graduation rates: Among students who planned to attend a four-year college, 71 percent of scholarship recipients graduated within six years. Only 63 percent of students who didn’t get a scholarship graduated. The gains were largest among nonwhite students, poor students and students whose parents had not attended college. All of that supports the arguments of free-college advocates.

But not every result did. The scholarship had no evident effect on graduation rates at community colleges. That’s a sign that educational quality is a bigger problem at many two-year colleges than tuition bills.

What’s the bottom line? A nationwide program of free college would be extremely expensive, Angrist said. And many of the benefits would flow to upper-income students likely to finish anyway. But a targeted program, focusing on lower-income students, could have a big impact while also leaving more money available for other priorities, be it health care, climate change — or investing more money in the quality of education at community colleges.

For more: Biden has proposed a major increase in federal financial aid for higher education, focused on families making less than $125,000 (or roughly the bottom 75 percent of earners). President Trump has proposed substantial cuts in financial aid along with some funding increases for two-year colleges.