His obsession with revenge and his fatalism are endangering the nation. 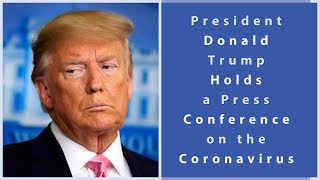 Throughout the coronavirus crisis, critics of Donald Trump have repeatedly referenced his profound and outrageous narcissism. It was partly this pathology that led Trump to downplay the threat and resist widespread testing for weeks. An honest acknowledgement of the mounting problem and a rising number of positive tests would inconvenience his reelection prospects. For a narcissist, the most immediate personal need is the most important one. So Trump viewed the burgeoning crisis as a threat to him, not the nation, and he took the steps he usually does in so many circumstances: He denied the threat, claimed he knew better than the experts, and relied on bluster and BS. He did all that instead of adopting early measures that could have slowed the transmission of the virus.

But beyond the narcissism, two other fundamental elements of Trump’s character are likely shaping his response: his obsession with revenge and his sense of fatalism. And both are exceedingly dangerous for the American public.

Trump has long acknowledged his love affair with revenge. Before Trump ran for president, he often gave speeches sharing the supposed secrets to his success. At the top of that list was his devotion to retribution. In 2011, he told the National Achievers Congress in Sydney, Australia, that there were several lessons not taught in business school that successful people must know. And one of those lessons was this: “Get even with people. If they screw you, screw them back 10 times as hard. I really believe that.”

In a 2012 speech, he offered another version of this:

“One of the things you should do in terms of success: If somebody hits you, you’ve got to hit ’em back five times harder than they ever thought possible. You’ve got to get even. Get even. And the reason, the reason you do, is so important…The reason you do, you have to do it, because if they do that to you, you have to leave a telltale sign that they just can’t take advantage of you. It’s not so much for the person, which does make you feel good, to be honest with you, I’ve done it many times. But other people watch and you know they say, ‘Well, let’s leave Trump alone,’ or ‘Let’s leave this one,’ or ‘Doris, let’s leave her alone. They fight too hard.’ I say it, and it’s so important. You have to, you have to hit back. You have to hit back.”

In a 2007 speech, he noted his first rule of business: “It’s called ‘Get Even.’ Get even. This isn’t your typical business speech. Get even. What this is is a real business speech. You know in all fairness to Wharton, I love ’em, but they teach you some stuff that’s a lot of bullshit. When you’re in business, you get even with people that screw you. And you screw them 15 times harder.”

Revenge. It’s often on Trump’s mind. He appears to be constantly fixated on smiting his enemies, real or imagined. In an undated video, he once declared, “I really believe in trashing your enemies.” And he has proudly tweeted about his embrace of revenge, quoting Alfred Hitchcock on the subject (“Revenge is sweet and not fattening”) and declaring, “‘Always get even. When you are in business, you need to get even with people who screw you.’ Think Big.”

“Always get even. When you are in business, you need to get even with people who screw you.” Think Big

During the coronavirus pandemic, Trump has employed his bully pulpit to slam his perceived foes in the media and the political world. He has exploded at reporters who have dared pose tough questions about his response. He even lashed out at a journalist who tossed him a softball. Trump posted a nasty tweet about Mitt Romney, the only Republican senator who voted to convict Trump at his impeachment trial, when Romney tested negative for the coronavirus.

More disturbing, Trump has applied his get-even rule to his dealings with governors confronting the crisis. After Washington Gov. Jay Inslee in late February said, “Our work would be more successful if the Trump administration stuck to the science and told the truth,” Trump struck back. While visiting the Centers for Disease Control and Prevention, he huffed, “I told Mike [Pence] not to be complimentary of that governor because that governor is a snake. So Mike may be happy with him but I’m not, OK?” That was Trump getting even.

And when Gov. Andrew Cuomo of New York noted that the federal government only sent his state 400 ventilators when it needed 30,000, Trump responded with a threat. He told Fox, “It’s a two-way street, they have to treat us well also.” Here Trump was suggesting that complaints from Cuomo would be met with vengeance, presumably the withholding of assistance. (It was Trump’s pursuit of revenge that partly landed him in the Ukraine scandal that led to his impeachment. When Trump pressured the new Ukrainian president for bogus investigations, he was looking for information that would allow him to retaliate against Ukrainian officials whom he believed, without good reason, had secretly intervened in the 2016 election to thwart him.)

The revenge-is-sweet wrath of Trump should not be a factor in how the federal government handles the coronavirus. But with a thin-skinned, can-never-rise-above-it president who is always bent on revenge at the helm, the government’s actions could well be influenced and hindered by this psychological addiction of his. As Trump openly threatened, if he is not treated kindly by those dealing with the horrific nightmare underway, he will hit back by withholding federal assistance. Remember, per Trump’s own top rule for success, you have to screw them more than they screwed you.

Over the years, Trump has also exhibited a troubling fatalism. This has primarily been in regard to the possibility of nuclear war. In a 1990 interview with Playboy, he was asked to describe his “longer-term views of the future.” Trump replied, “I think of the future, but I refuse to paint it. Anything can happen. But I often think of nuclear war.” He then explained that he thought nuclear war was inevitable: “I believe the greatest of all stupidities is people’s believing it will never happen”What bullshit.” In other interviews, Trump has indicated nuclear war was likely to occur. On one occasion, he noted that because of this he preferred to “really live very much for the present.”

In a 2004 interview — again with Playboy — Trump was asked, “Do you think Trump Tower and your other buildings will bear your name a hundred years from now?” Trump’s answer was chilling: “No, I don’t think so…I don’t think any building will be here — and unless we have some very smart people ruling it, the world will not be the same place in a hundred years. The weapons are too powerful, too strong.” The odds are, Trump was saying, that the world would be destroyed.

That’s Trump on the subject of nuclear war, not a global pandemic. These remarks, though, do suggest Trump nurtures an overall sense of doom. And might that influence how he views the crisis at hand? In recent days, he has blithely talked about soon encouraging people to return to work and normal life, even though public health experts say this will lead to a greater spread of the virus and tens of thousands additional deaths. Trump, however, has raised this troubling notion with a que-sera-sera attitude, insisting this course of action would be best to rescue the collapsing economy. His message has been a fatalistic one: Hey, we just have to accept this tremendous amount of death so we can start working and shopping again. If you believe the world won’t survive another 100 years, that could well make sense.

Trump asserts he is a “wartime president.” But an effective commander in chief at war needs to possess certain qualities. He must be able to put national interests ahead of his own. He must unite a nation and transcend political rivalries. He must motivate the citizenry and inspire bravery, resilience, and hope. A narcissist fixated on revenge who holds a dark and apocalyptic view of the future is not the man for the job. Trump does not have the necessary psychological tools for this mission.

To the extent this nation survives the coronavirus attack, it will be because governors, mayors, other local officials, and courageous first responders and front-line health care workers beat back the virus and save those American lives they can. Trump cannot be the wartime president Americans require at this horrific moment. He’s not that kind of human being.

David Corn is  Mother Jones ‘ Washington bureau chief. For more of his stories,  click here . He’s also  on  Twitter  and  Facebook .  RSS  |  TWITTER  David is (more…)
Related Topic(s): Dangerous; Trump Anger; Trump Bully In Chief; Trump Cruelty; Trump Hypocrisy; Trump Threats; Trump Warmonger, Add Tags
Add to My Group(s)
Go To Commenting
The views expressed herein are the sole responsibility of the author and do not necessarily reflect those of this website or its editors.

Why the Bombshell Trump Letter Could Be a Big Problem for Donald Trump Jr.

Can Obama Disrupt the Shutdown Narrative?

Note to Robert Mueller: Hope Hicks Was Part of the Cover-Up

House Dems Already Have Their List of Trump Scandals to Investigate. Here It Is.