Endless war is a disastrous (but profitable) enterprise 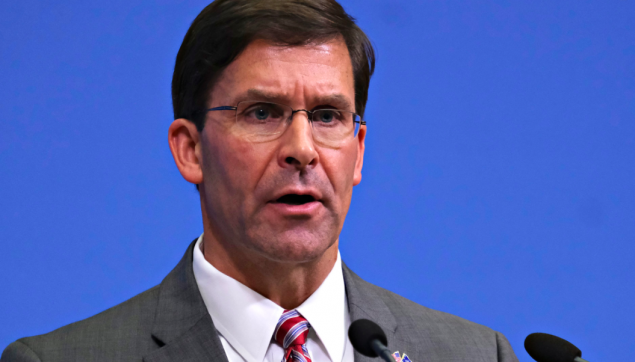 We need to pose the question: Why do U.S. presidents make such disastrous decisions like Iraq, Libya, Somalia, Afghanistan and, tomorrow perhaps, Iran?

“The collapse of the Libyan state has had region-wide repercussions, with flows of people and weapons destabilizing other countries throughout North Africa.” This statement came from the Soufan Group’s recent Intelbrief, entitled “Fighting Over Access to Libya’s Energy Supplies” (24 January 2020).

Are you listening, Barack Obama?

“There’s a bias in this town [Washington, DC] toward war,” President Obama said to me and several others assembled in the White House’s Roosevelt Room on September 10, 2015, almost seven years into his presidency. At the time, I thought he was thinking particularly of the tragic mistake he made by joining the intervention in Libya in 2011, ostensibly implementing United Nations Security Council Resolution 1973.

Obama’s secretary of state, John Kerry, was sitting right beside the president as Obama spoke. I recall asking myself at the time if he were lecturing Kerry as well as lamenting his own decision, because Kerry had been rather outspoken at the time about heavier U.S. participation in yet another endless war then — and still — transpiring in Syria. Obama however, was apparently having none of that.

The reason is that the Libya intervention not only lead to the grisly death of Libya’s leader, Muammar Qaddafi — and set in motion a brutal and continuing military conquest for the title of “who rules Libya,” invite outside powers from all over the Mediterranean to join the fray, and unleash a destabilizing refugee flow across that inner sea — it also put the weaponry from one of the world’s largest arms caches into the hands of such groups as ISIS, al-Qa’ida, Lashkar e-Taibi, and others. Additionally, many of those formerly Libyan weapons were being used in Syria at that very moment.

Before we offer faint praise for Obama having learned his lesson and thus not deciding to intervene in Syria in a more significant manner, we need to pose the question: Why do presidents make such disastrous decisions like Iraq, Libya, Somalia, Afghanistan and, tomorrow perhaps, Iran?

President Dwight Eisenhower answered this question, in large part, in 1961: “We must never let the weight of this combination [the military-industrial complex] endanger our liberties or democratic processes. … Only an alert and knowledgeable citizenry can compel the proper meshing of the huge industrial and military machinery of defense with our peaceful methods and goals.”

Simply stated, today America is not composed of an alert and knowledgeable citizenry, and the Complex that Eisenhower so precisely described is in fact, and in ways not even Eisenhower could have imagined, endangering our liberties and democratic processes. The Complex creates the “bias” that President Obama described.  Moreover, today the U.S. Congress fuels the Complex — $738 billion this year plus an unprecedented slush fund of almost $72 billion more — to the extent that the Complex’s writ on war has become inexhaustible, ever-lasting, and, as Eisenhower also said, “is felt in every city, every state house, every office of the Federal government.”

With respect to the “alert and knowledgeable citizenry,” an outcome not only in the long-term attributable to proper education but in the short-to-medium term principally inculcated by a responsible and capable “Fourth Estate,” there is an abysmal failure as well.

The Complex for most of its nefarious purposes owns the media that matters, from the nation’s newspaper of record, The New York Times, to its capital city’s modern organ, The Washington Post, to the financial community’s banner paper, The Wall Street Journal. All of these papers for the most part never met a decision for war they didn’t like. Only when the wars become “endless” do some of them find their other voices — and then it’s too late.

Not to be outdone by print journalism, the mainstream TV cable media features talking heads, some of them paid by members of the Complex or having spent their professional lives inside it, or both, to pontificate on the various wars. Again, they only find their critical voices when the wars become endless, are obviously being lost or stalemated, and are costing too much blood and treasure, and better ratings lie on the side of opposition to them.

Marine General Smedley Butler, a two-time Medal of Honor recipient, once confessed to having been “a criminal for capitalism.” An apt description for Butler’s times in the early days of the 20th century. Today, however, any military professional worth his salt as a citizen as well — like Eisenhower — would have to admit that they too are criminals for the Complex — a card-carrying member of the capitalist state, to be sure, but one whose sole purpose, outside of maximizing shareholder profits, is facilitating the death of others at the hands of the state.

How else to describe accurately men — and now women — wearing multiple stars ceaselessly going before the people’s representatives in the Congress and asking for more and more taxpayer dollars? And the pure charade of the slush fund, known officially as the Overseas Contingency Operations (OCO) fund and supposed to be strictly for operations in theaters of war, makes a farce of the military budgeting process. Most members of Congress should hang their heads in shame at what they have allowed to happen annually with this slush fund.

And Secretary of Defense Mark Esper’s words at the Center for Strategic and International Studies this week, ostensibly spoken to illustrate “new thinking” at the Pentagon with regard to budgeting, suggest no indication of real change in the military’s budget, just a new focus — one that promises not to diminish cash outlays but to increase them. But rightfully so, Esper does indicate where some of the blame lies as he glibly accuses the Congress of adding to already bloated budget requests from the Pentagon: “I’ve been telling the Pentagon now for two and a half years that our budgets aren’t gonna get any better — they are where they are — and so we have to be much better stewards of the taxpayer’s dollar. … And, you know, Congress is fully behind that. But then there’s that moment in time when it hits their backyard, and you have to work your way through that.”

“[T]hat moment in time when it hits their backyard” is an only slightly veiled accusation that members of Congress often plus-up Pentagon budget requests in order to provide pork for their home districts (no one is better at this than the Senate Majority Leader Mitch McConnell, who in his many years in the Senate has provided millions of taxpayer dollars — including to Defense — for his home state of Kentucky to ensure his long-lived hold on power there. And he’s no piker either in receiving money from the defense sector into his campaign coffers. McConnell just might be different, however, from other members of Congress in the way he returns to Kentucky and openly brags about the huge amounts of pork he brings annually to his state in order to offset his increasingly bad poll ratings).

But Esper continued in a far more telling manner: “We’re at this moment in time. We have a new strategy. …We have a lot of support from Congress. … We have to bridge this gap now between what was Cold War-era systems and the counter-insurgency, low-intensity fight of the last ten years, and make this leap into great power competition with Russia and China — China principally.”

If the old Cold War brought sometimes record military budgets, we can expect the new cold war with China to outstrip those amounts by orders of magnitude. And who is it that decided that we needed a new cold war anyway?

Look no further than the Complex (from which Esper comes, not coincidentally, as one of the top lobbyists for Raytheon, a stellar member of the Complex). One of the Complex’s sine qua nons is what it learned from the almost half century of the cold war with the Soviet Union: nothing on earth pays out so handsomely and consistently than a prolonged struggle with a major power. Thus, there is no stronger, more powerful advocate for a new cold war with China — and throw Russia into the mix too for extra dollars — than the Complex.

However, at the end of the day, the very idea that the U.S. must spend annually more money on its military than the next eight nations in the world combined, most of whom are U.S. allies, should demonstrate to an even unknowledgeable and not-so-alert citizenry that something is seriously wrong. Roll out a new cold war; something is still seriously wrong.

But apparently the power of the Complex is simply too great. War and more war is the future of America. As Eisenhower said, the “weight of this combination” is in fact endangering our liberties and democratic processes.

To understand this explicitly, we need only examine the futile attempts in the past few years to wrest back the power to make war from the executive branch, the branch that when equipped with the power to make war, as James Madison warned us, is most likely to bring tyranny.

Madison, the real “pen” in the process of writing the U.S. Constitution, made certain that it put the war power in the hands of the Congress. Nonetheless, from President Truman to Trump, almost every U.S. president has usurped it in one way or another.

The recent attempts by certain members of Congress to use this constitutional power simply to remove America from the brutal war in Yemen, have fallen to the Complex’s awesome power. It matters not that the bombs and missiles of the Complex fall on school buses, hospitals, funeral processions, and other harmless civilian activities in that war-torn country. The dollars pour in to the coffers of the Complex. That is what matters. That is all that matters.

There will come a day of reckoning; there always is in the relations of nations. The names of the world’s imperial hegemons are indelibly engraved in the history books. From Rome to Britain, they are recorded there. Nowhere, however, is it recorded that any of them are still with us today. They are all gone into the dustbin of history.

So shall we someday soon, led there by the Complex and its endless wars.

Lawrence Wilkerson served 31 years in the U.S. Army, retiring as a colonel. He is the Distinguished Visiting Professor of Government and Public Policy at the College of William & Mary.