Speaking to reporters at the World Economic Forum’s annual gathering in Switzerland, Treasury Secretary Steven Mnuchin was asked about calls from climate change activists such as Greta Thunberg for investors to pull their money out of fossil fuel stocks.

Mnuchin jokingly pretended to be unfamiliar with Thunberg, who even while still a teenager has become a leading global proponent of addressing the warming planet. Last year, she was Time magazine’s “Person of the Year.”

“Is she the chief economist or who is she? I’m confused,” Mnuchin said of Thunberg. He questioned her credentials to offer solutions: “After she goes and studies economics in college, she can come back and explain that to us.”

According to Wagner, Thunberg doesn’t need to go much further than Economics 101 to make her case.

Speaking specifically about calls to divest, Wagner pointed to a letter released this month by BlackRock chief executive Larry Fink. In it, Fink announced the asset management firm he controls will divest — move investments away — from companies like those that are centered on fossil fuels and contribute to climate change.

“The evidence on climate risk is compelling investors to reassess core assumptions about modern finance,” Fink wrote in the letter, according to the New York Times.

“It’s precisely this scenario of having fossil fuels go the way of tobacco that makes fossil fuel execs the most nervous,” Wagner told The Post. He noted that Shell Oil Co. predicted the rise of activists focused on climate change — back in 1998.

But, again, the question is economics, not politics. Wagner, who spent nearly a decade working for the Environmental Defense Fund, explained the economic argument for applying pressure on oil companies.

“It’s Economics 101 that tells us that when there is a difference between private costs and costs to society, that difference ought to be included in one’s decision-making,” Wagner said. “And when I say ought, of course the private individual won’t; it’s up to somebody in a position of power — let’s say the secretary of Treasury — to want to guide economic policy in the right direction.”

It’s not that Mnuchin may have learned his economics in a time before climate change was a prominent factor in economic decision-making. Wagner noted the key argument derives from a 1920 book by Arthur Pigou called “The Economics of Welfare.”

“Pigou wasn’t worried about climate change. His example was rabbits overrunning a communal meadow,” Wagner said. “If you are a British aristocrat trying to shoot rabbits in your spare time and you put your own rabbits on the communal meadow — well, you get the benefits but everyone else has the costs because your rabbit is eating everybody else’s food, too.”

“What’s the solution? You tax. You put a price, a fee, what we now call Pigovian taxation, equal to the difference between the private costs and the societal costs,” Wagner explained. “Explicitly or implicitly, we need to price the negative externality” — in this case, unchecked emissions of greenhouse gases — “at the Pigovian rate.”

“Every undergrad learns that first semester, introductory microeconomics,” he added. (Earlier this week, Wagner wrote about the effort within oil companies themselves to figure out a proper Pigovian price for emissions.)

This concept of pricing in the external costs applies broadly to addressing climate change at the government level — but also to things such as Thunberg’s call to action.

“Econ 101 doesn’t say, ‘Divest!’ ” Wagner said. “It says price the externality. Divestment is one of the many tools of activists — and activist investors — to try to achieve precisely this policy goal of — finally — pricing the externality.” Put another way, Thunberg is applying pressure on companies to reduce greenhouse gas emissions that might otherwise come from increasing the price of those emissions — an action that the administration Mnuchin works for is uninterested in taking.

We’ve seen past environmental action easily demonstrate more benefit to society than the associated costs. Amendments to the Clean Air Act introduced in 1990 provided $30 in benefits for every $1 in cost, manifested in better health, among other things. Mnuchin, asked about climate change in a CNBC interview after his comments about Thunberg, argued there were bigger issues that also needed to be addressed. When a host noted clean air rules as an example of something that might be more urgent, Mnuchin ignored the interjection.

What’s remarkable about the reaction to Thunberg is that the solutions she presents aren’t extreme in the context of either economics or addressing climate change.

“In many ways, [what Thunberg] is doing — and she’s very blunt and open about this — she is paraphrasing the scientific consensus, which in many ways is, in fact, conservative,” he said.

Something Mnuchin might learn were he to go back to college and study climate science.

My gap year ends in August, but it doesn’t take a college degree in economics to realise that our remaining 1,5° carbon budget and ongoing fossil fuel subsidies and investments don’t add up. 1/3 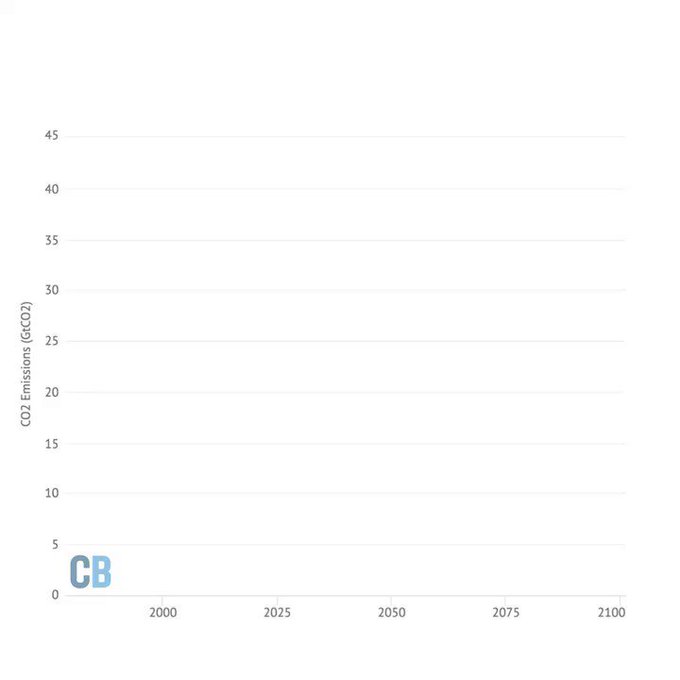 Philip Bump is a correspondent for The Washington Post based in New York. Before joining The Post in 2014, he led politics coverage for the Atlantic Wire.Follow News and insight on political campaigns around the country, from David Weigel. 435 districts. 50 states. Tuesday, Thursday and Sunday evenings.