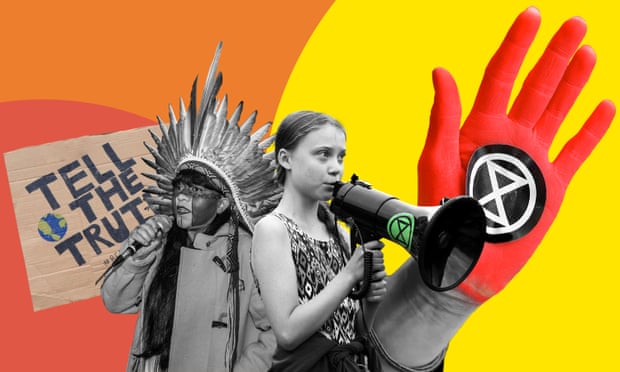 The one thing never to forget about global warming is that it’s a timed test.

It’s ignoble and dangerous to delay progress on any important issue, of course if, in 2020, America continues to ignore the healthcare needs of many of its citizens, those people will sicken, die, go bankrupt. The damage will be very real. But that damage won’t make it harder, come 2021 or 2025 or 2030, to do the right thing about healthcare.

But the climate crisis doesn’t work like that. If we don’t solve it soon, we will never solve it, because we will pass a series of irrevocable tipping points and we’re clearly now approaching those deadlines. You can tell because there’s half as much ice in the Arctic, and because forests catch fire with heartbreaking regularity and because we see record deluge. But the deadlines are not just impressionistic; they’re rooted in the latest science.

In the aftermath of the Paris climate accords in 2015, for instance, many researchers set 2020 as the date by which carbon emissions would need to peak if we were to have any chance of meeting the accord’s goals. Here’s an example of the math, from Stefan Rahmstorf and Anders Levermann. Under the most plausible scenario, they wrote, “even if we peak in 2020 reducing emissions to zero within 20 years will be required,” and that is an ungodly steep slope. But if we wait past 2020 it’s not a slope at all it’s just a cliff, and we fall off it.

As the former UN climate chief Christiana Figueres put it when she launched Mission 2020, “Everyone has a right to prosper, and if emissions do not begin their rapid decline by 2020, the world’s most vulnerable people will suffer even more from the devastating impacts of climate change.”

Here’s another way of saying it: the Intergovernmental Panel on Climate Change reported last autumn that if we hadn’t managed a fundamental transformation of the planet’s energy systems by 2030, our chance of meeting the Paris temperature targets is slim to none. And anyone who has ever had anything to do with governments knows: if you want something big done by 2030, you better give yourself a lot of lead time. In fact, it’s possible we’ve waited too long: the world’s greenhouse gas emissions spiked last year, and given Trump, Bolsonaro and Putin — it’s hard to imagine we won’t see the same depressing thing this year.

Which is why, I guess, it’s a good thing that 2020 is an election year in the US, and that the Democratic party finally seems willing to talk seriously about climate change. If it nominates Sanders or Warren, maybe the kind of aggressive approach that shakes things up is possible. But America is just one country; we also need to pressure our real global government, which has its headquarters not in Washington but in Wall Street. Last year banks increased their already staggering lending to the fossil fuel industry; if that continues there’s no chance of turning this round in time.

If you’re looking for optimism, at least we come into 2020 on a roll. The great climate strikes of this September were the largest demonstration of climate activism in history, with 7 million people in the street. And April 2020 marks the 50th anniversary of Earth Day it could be a day for an even more massive outpouring.

The planet is running a hideous fever, and the antibodies all those protesters are finally kicking in. It’s a race, and we’re behind, and we better start catching up right now.

Bill McKibben is the author of a dozen books, including The End of Nature and Deep Economy: The Wealth of Communities and the Durable Future. A former staff writer for The New Yorker, he writes regularly for Harper’s, The Atlantic Monthly, and The (more…)
Related Topic(s): Climate Change; Climate Crisis; Decline; Science; Trump, Add Tags
Add to My Group(s)
Go To Commenting
The views expressed herein are the sole responsibility of the author and do not necessarily reflect those of this website or its editors.

The Movement to Divest from Fossil Fuels Gains Momentum

Why Dakota Is the New Keystone