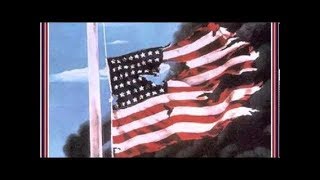 Atlantic Bridge, a German front organization set up by Washington to propagandize Germans to serve Washington, has failed in the job. The latest survey conducted by the front group shows that 85% of Germans are alienated from the US. The front group’s chairman acknowledged “the great lost of trust in the United States.” By a margin of two to one, Germans see China as a more reliable partner for Germany than the US.

As many have concluded, the United States is not a democracy. It is an oligarchy ruled by monied private interest group

There has clearly been a revolution in America. An aristocracy has overthrown the people. Democracy is dead. We live in the Oligarchy United Against the People.

Dr. Roberts was Assistant Secretary of the US Treasury for Economic Policy in the Reagan Administration. He was associate editor and columnist with the Wall Street Journal, columnist for Business Week and the Scripps Howard News Service. He is a contributing editor to Gerald Celente’s Trends Journal. He has had numerous university appointments. His books, The Failure of Laissez Faire Capitalism and Economic Dissolution of the West is available (more…)

Go To Commenting
The views expressed herein are the sole responsibility of the author and do not necessarily reflect those of this website or its editors.