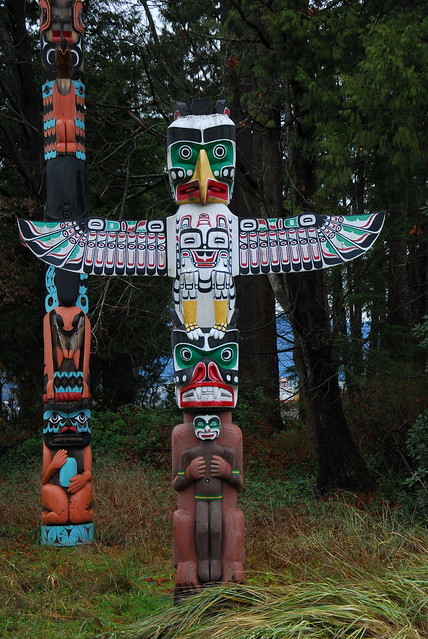 The internet has catalyzed billions of people to transition from primarily top down to more bottom up– minded, socially, business-wise. People born after 1980 have been marinating in the internet since they were teens and it’s changed their brains– their neurobiology– so they perceive and process experiences and relationships differently.

The top down mind is a relatively recent phenomenon, a symptom of agriculture and civilization, along with hierarchy, centralization, domination, disconnection and a lot more. Some people were exposed to civilization 10,000 years ago and some were exposed four or five hundred years ago.

Before then, for 99% of the time that humans existed, they lived bottom up lives in bottom up cultures with bottom up brains. The few hundred thousand indigenous people living on the planet today STILL live bottom up lives.

The thing is, humans evolved, over a course of several million years, to function with bottom up cultures and bottom up brains, to be raised in bottom up parenting situations. Psychologist Darcia Narvaez describes in her William James Award winning book, Neurobiology of the Development of Human Morality, how hundreds of different neurobiological pathways and connections evolved to optimally blossom and unfold when they are stimulated by bottom up parenting and a “nest” that was the usual way that small hunter gatherer bands raised children.

Now, as we return to bottom up ways, it is time for us to revisit indigenous wisdom, knowhow and values. That’s why Dr. Narvaez organized the conference, Sustainable Wisdom : Integrating Indigenous KnowHow for Global Flourishing . The idea of re-indigenization was frequently brought up as the answer to the unsustainable ways of relating to the world, to the use of energy, to nature, to each other.

I attended and participated in the conference, offering a paper in the poster session, titled, Now Is the Perfect Time To Bring Indigenous Wisdom to Western Culture.. Here’s what it said:

A bottom up revolution is sweeping western culture, catalyzed by the internet and smart phones. This revolution has changed the brain functions of people born after 1980 and has made all people and businesses far more amenable to bottom up ideas–and Indigenous ways and wisdom are bottom up in so many ways. Framing indigenous wisdom as bottom up can help make them more acceptable and embraceable by mainstream, even corporate audiences. Bottom is a concept that has been trending more and more according to Google trends. It’s producing trillions in new businesses yet also catalyzing connection consciousness–awareness of values that are similar to those at the core of Indigenous wisdom.

For a long time, the Hobbesian, dog-eat-dog, law-of-the-jungle, Darwinian view of aboriginals, characterizing them as “uncivilized” as brutal savages living lives of constant struggle to survive. But we know that aboriginal live in harmony with nature. People like the San Bushmen of Africa work 2-3 hours a day to subsist. Subsist! We talk about subsistence living as a form of deprivation, while actually, in the world of indigenous people still alive, primarily in rain forests, subsistence living works. They have 21-22 free hours a day. There is no unemployment, no mental illness. People are happy. Now, some say the indigenous peoples of the world are the truly affluent.

We have much to learn from the few surviving aboriginal peoples of the earth– their ways of living, relating, working, their values and beliefs. It would be nice to know how the hundreds of thousands of extinct aboriginal bands and tribes viewed the world because we could use their perspectives to gracefully undergo our transition, the revolution we are experiencing, moving from top down industrial era to bottom up connection era. But we CAN learn from the living Indigenous peoples.

Where we’re heading is in many ways where indigenous cultures already live. And that can be a very good thing. We need to develop ways to make it clear to “Digital Natives” who have lived all their lives, or their adolescent and adult lives immersed in bottom up technologies and cultures that indigenous wisdom and knowhow offers a pre-existing, readily available collection of insights, values, practices and teachings which can make life, work, relationships and business more moral, meaningful and sustainable.

Indigenous people can benefit from learning to use the digital vocabulary associated with bottom and top down ideas, so they can more easily and effectively communicate their ideas, values, practices and teachings TO digital natives.

The conference presentations reinforced my belief. They took me further along in thinking about Animism– a spiritual way of relating to nature that western religions criticize and treat as uncivilized, heretic, sacrilegious, blasphemous.

I realized that animism is the natural way, the healthier way to relate to nature, to all living and natural parts of our world, including rocks, trees, air, wind, as well as non-human living beings. Robin Kimmerer suggested that we stop calling our non human relatives in nature “it,” and that we start realizing that “it” is a disrespectful way to address fellow spirits of mother earth. If we are going to relate to earth in a sustainable way we need to start waking up to our connection to all aspects of nature. We need to let go of the western, pathological way of seeing humans as better and more deserving of special privilege and treatment than trees or other living members of our earth community. She suggests that instead of saying “it” we say “ki” which has roots in many languages relating to life force (like chi) and that the plural would be “kin.”

Respecting nature while not essential to the future of a sustainable world, is a very valuable, more whole way to go, in terms of adopting a way of relating to nature that produces a sustainable outcome.

This is a simple idea. Of course, critics of all sorts, from religious or political perspectives will call it tree hugging. The characterization of nature as something to be dominated, like a slave or machine is controlled, is a central part of top down civilization. Knee jerk reflexes to the contrary way, the natural way that existed before civilization, are to be expected. Resist them.