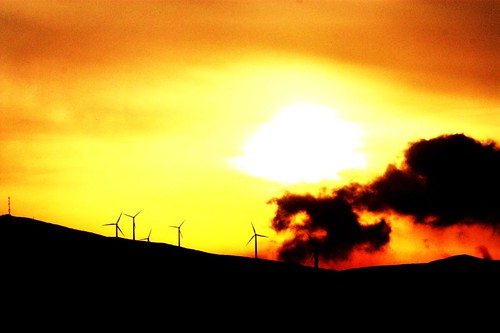 Last Jan. 26, unnoticed in the sound and fury of the presidential primary season, the Bulletin of the Atomic Scientists announced that its famous Doomsday Clock would remain at 3 minutes to midnight (=global catastrophe): “As the signatories to this reportmake clear, the Earth remains perilously and inexcusably close to metaphorical midnight.”The Bulletin was first published in 1945 by scientists who had helped develop the atomic bomb. In 1947 The Bulletin began using the image of a Doomsday Clock to symbolize how close nuclear weapons technology had brought us to the destruction of civilization. They have since included the threat from human-induced global warming. The only other years the clock was this close to midnight were in 1949 when the Soviets acquired their atomic bomb, in 1953 when the U.S. and USSR acquired the hydrogen bomb, and in 1984 when cold-war tensions were at their peak.

The start of the Doomsday Clock signaled a new era in human history: one in which humans had acquired the power to destroy their planet but lacked the wisdom and institutions that would make its use unlikely. That’s why the clock was set from the start at the final minutes of the last hour, and since then never earlier than 17 minutes before midnight. What now alarms the Bulletin’s panel of scientific experts (including 16 Nobel Laureates ) is a combination of rising tensions among nuclear powers and the inadequate international response to accelerating climate change.

Seashore flooding and increasing weather extremes make it hard to ignore the threat from climate change. According to the Bulletin of the American Meteorological Society’s annual State of the Climate report, in 2015 greenhouse gases, global land and sea surface temperatures and global sea levels were the highest on record.

The latest international attempt to address global warming was the Paris Agreement signed on Earth Day by the leaders of 175 nations. Unfortunately, as the New York Times points out, the agreement will not have the legal force of a treaty because it would “be dead on arrival on Capitol Hill without the required two-thirds majority vote in the Republican-controlled Senate.” Of all the major political parties in the democratic world, only the GOP rejects climate science.

Republicans have nominated for President a climate-change denier who has shown himself to be a narcissistic man-child. They also want him to be commander-in-chief of U.S. nuclear forces. The GOP is a major threat to human survival.

According to the Arms Control Association, the world’s nuclear powers now possess a total of 15,300 nuclear warheads, 90% of which are held by the U.S. and Russia. About a third of these are retired and await dismantlement. Each nation has about 4500 warheads stockpiled for potential use. Russia has 1648 warheads deployed on ballistic missiles or heavy bombers, while the U.S. has 1538. Each side maintains a “nuclear triad” consisting of land-based ballistic missiles (ICBMs), submarine-launched ballistic missiles (SLBMs) and strategic bombers.

It’s a terrible irony that we nearly ended the threat of a nuclear doomsday 30 years ago at the 1986 Reykjavk summit between Ronald Reagan and Mikhail Gorbachev. Both offered to completely eliminate their nuclear arsenals, and then backed off. The obstacle was Reagan’s refusal to limit the development of his so-called Star Wars anti-ballistic missile system even though the elimination of the missiles would make the system unnecessary.

The kind of irrationality that led to the failure of the Reykjavk summit is now at work in U.S. foreign policy toward Russia. The immediate background of the current threat is the American-sponsored expansion of NATO to the borders of Russia, incorporating many former Warsaw Pact countries. NATO even announced that Ukraine, despite its deep historic and economic ties with Russia, would be considered for membership.

As Noam Chomsky put it recently: “One can imagine how the United States would react if the Warsaw Pact were still alive, most of Latin America had joined, and now Mexico and Canada were applying for membership.”

In 2013 the U.S. supported a coup that ousted the democratically elected Ukrainian President Yanukovych, replacing him with a Western-leaning regime. This was the last straw for Russian President Putin. He responded by annexing Crimea, an ethnically Russian part of Ukraine that included port facilities for the Russian Black Sea fleet. He also supported a separatist insurrection in Russian-speaking eastern Ukraine that continues today.

The American narrative from politicians and the mainstream media is that Russia is an aggressor that needs to be contained by economic sanctions and military threats. NATO is moving military forces close to the border with Russia, and Russia is responding with its own troop movements. There is a growing acceptance of a New Cold War.

Instead of urgently pushing for nuclear arms reduction, President Obama (winner of the Nobel Peace Prize) has committed to a trillion-dollar renewal program for the U.S. nuclear triad. It envisions weapons and delivery systems that “move toward the small, the stealthy and the precise” ( NYT , 1/11/16). The Russians have noticed, and are scrambling to catch up. The Doomsday Clock is ticking.